Share a memory
Obituary & Services
Tribute Wall
Read more about the life story of Virginia and share your memory.

Virginia Mae Ganton passed away on January 5, 2023, in Brighton, Michigan at the age of 98. Virginia, a lifelong resident of Howell and Fowlerville, was born in Birmingham, Michigan on October 22, 1924.  Virginia (Nixon) graduated from Howell High School in 1940 at the age of 16 and attended Michigan Normal College for one year, where she played on the women’s field hockey team. In 1946 she married Kenneth Ganton, living her entire married life on their farm in Fowlerville. Virginia was a wonderful mother and homemaker. Family was her passion. She answered to many names - Mom, Gramma, Aunt Ginny, Grandma Great, Gin, and Ginya.  Virginia is survived by her 4 loving children: Terry (Carol) Ganton, Barbara (Tom) Tannar, Connie (Steve) DeMar and David (Vonnie) Ganton. She was a wonderful grandmother to 11, great grandmother to 20 and great-great grandmother to 2. She will be greatly missed by her brother Melvin Nixon and her sisters-in-law, Joyce Nixon and Gail Nixon as well as many nephews and nieces.  Virginia is preceded in death by her husband Kenneth Ganton, parents Clark Nixon and Hattie (Church) Nixon, siblings Margaret (Glendon) Hoisington, Elizabeth Kelso, Robert (Joyce) Nixon, Gordon (Gail) Nixon and sister-in-law Patsy (Melvin) Nixon.  Visitation will be on Monday, January 9th from 3-7pm at Herrmann Funeral Home in Fowlerville. A funeral service will be held at the same location on Tuesday, January 10 at 11am. Burial to follow at Greenwood Cemetery.

Donations can be made in Virginia’s name to Cass River Bible Church. 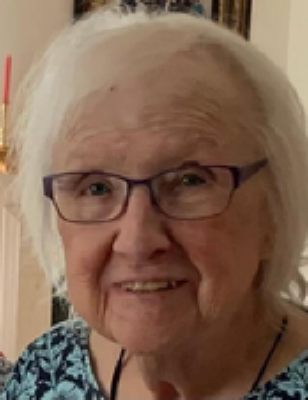 To A Charity of your choice