Share a memory
Obituary & Services
Tribute Wall
Read more about the life story of Barbara and share your memory.

Barb was born September 10, 1941, to Frank Curtis and Frances (Finlan) Curtis. She graduated from Fowlerville High School in 1959 to pursue an associate degree in nursing from Mercy School of Nursing of Detroit in Ann Arbor. Barb married Jim Hall on August 31, 1963, and while Jim finished his bachelor’s degree at NMU in Marquette, Barb worked at hospital maternity and deliveries ward until their first child, James Timothy “Tim”, was born in 1964. Barb loved children and would have remained in this field of nursing. Instead, Barb and Jim returned to Fowlerville in 1967; Jim took job with State Farm Insurance and Barb returned to the family-owned grocery store, Frank’s IGA. Kelley Joan, Jim and Barb’s second child, was born in 1968.

Through the years, Barb’s medical training, combined with her compassion and helpfulness, often made her the family, IGA, or neighborhood medic for emergencies or illnesses, and splinters from walking barefoot in the woods on Drummond Island. An organizational outlet for this compassion was Barb’s community service for over a decade on Livingston County mental health association boards. She believed that mental health was an underserved area of need.

The oldest of her siblings and second eldest among her generation of Finlan cousins, Barb loved to socialize and host parties of all sorts. She enjoyed travelling with Jim on long vacations, most often to wherever Tim and Kelley were living at the time. Barb’s not-so-secret favorite vacation spot was the Hawaiian island of Maui. Barb and Jim were active members of the St. Agnes parish community until their 2009 retirement to Au Gres, Michigan, where they attended St. Mark’s Catholic Church.

Visitation will be held at Herrmann Funeral Home in Fowlerville from 3:00-7:00 pm on Thursday, January 5.On Friday, January 6, a funeral service will be held at St. Agnes Catholic Church with visitation at 10:00 am and mass at 11:00 am, followed by burial at Mt. Olivet Cemetery.

In lieu of flowers, please consider a donation to the Family Impact Center of Fowlerville. 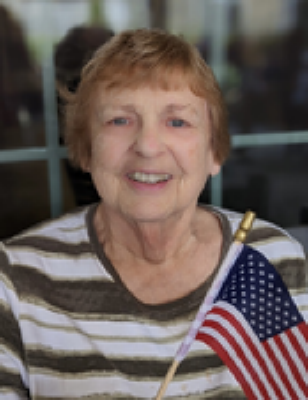